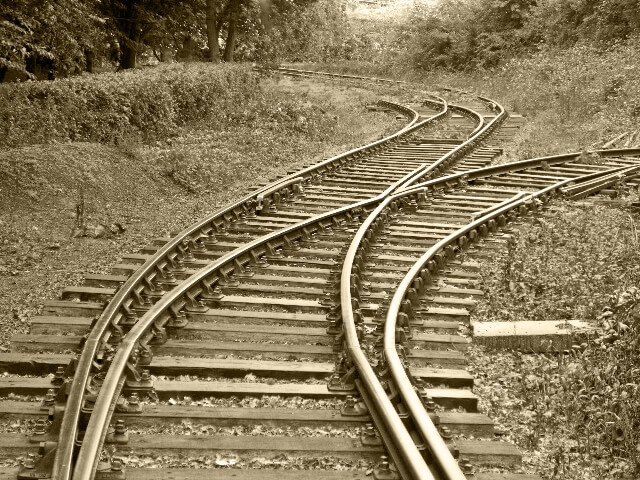 In October 1919 a repeating feature in the Hornsey Journal was the story of the national railway strike, which lasted nine days from midnight on the night of the 26-27th September until the 5th October. However, this was part of a much bigger strike movement in Britain; in 1919 the number of strike days went up from 6 million in 1918 to 35 million, with 2.4 million British workers going on strike. But why did the railway strike take place? And what was its impact, locally as well as nationally?

What caused the strike?

In the short term, the strike was triggered by the government’s announcement of its plans to reduce the rates of pay for railway workers, as the railways were still largely under government control, as were the coal mines. The current wage had been agreed by the National Union of Railwaymen (NUR) and the Associated Society of Locomotive Engineers and Firemen (ASLEF) during the war; confronted by the sharp and unexpected reduction in wages the NUR called its men out on strike.  David Lloyd George himself said that the strike was caused by, ‘a small but active body of men who wrought tirelessly and insidiously to exploit the labour organisations of this country for subversive ends.’

However, there were also a number of long term causes. In 1918, there was a post-war industrial boom and men who had been serving at the Front were quickly absorbed into jobs – leading to the displacement of women who had worked in industry during the war. In fact, fewer women were working in industry in 1919 than there had been in 1913. The government followed a policy of removing controls on prices, profits and wages which led to dramatic inflation and increases in all the aforementioned. The NUR was part of the ‘Triple Alliance’ formed with the Miners’ Federation of Great Britain and the National Transport of Workers Federation. This alliance was desperate to defend and improve the workers’ position at all costs. Additionally, there was a strong sense among the railway workers that sacrifices made during the war had not been acknowledged by the government.

What were the consequences of the strike?

The railway strike of 1919 was a success for the railwaymen as, after nine days of striking, the government agreed to maintain wages for another year. Other negotiations which occurred after the strike also led to the standardisation of wages across railway companies and the introduction of a maximum 8-hour working day. Other workers also saw the result of the strike as a victory and the Glasgow and District Railwaymen’s Strike Committee (a joint committee containing members of both the NUR and ASLEF) even published a ‘Victory Number’ of the Glasgow and District Railwaymen’s Strike Bulletin, calling the strike a,”great labour triumph”.

What were the local impacts of the strike?

We get a vivid account of the disruption caused from the October accounts in the Hornsey Journal and from similar accounts in the Bowes Park Weekly News. Today we have near total dependence on the motor car. Then it was dependence on the railways and trams. The Bowes Park Weekly News reported, ‘Wood Green people have become proficient in the ancient and almost forgotten art of walking’.  Coal carts were utilised.  Muswell Hill people organised a two-horse wagonette service to the City.  Tram and bus queues were depressingly long. One solution employed by many was to oil the old bicycle and get it out of the shed.  It sounds very familiar.

It is during the time of wars and strikes that we become aware of our reliance on transportation for almost all the delivery of our food. Southgate and Wood Green Councils sent round notices that vigorous rationing would be enforced and only six ounces of sugar and four of ‘marge’ (margarine) were allowed per head a week. Public recreation was inevitably disrupted. The Alexandra Park Racecourse stewards met and decided, horror of horrors, to abandon the following Saturday’s race meeting.

Both newspapers commented on the good nature of most of those inconvenienced. Daylight saving, which had started in 1916 during the Great War, and good weather, proved enough light to keep most spirits buoyant. Many employers shortened both ends of the working day to reflect the reality of the situation. The Bowes Park Weekly News recounted the story of one City worker who sent a telegram to his bosses which read, ‘Sorry, can’t come today. Not home last night yet’.

When the railway strike concluded on 5th October with a victory for the railwaymen the Hornsey Journal commented, ‘We hope we may now see… a closer and more friendly association between employer and employed and that labour shall have a just reward for its services’.  Tragically that was not how things played out.  Industrial relations deteriorated and the miners’ dispute with the coal owners ended in the nine day General Strike of 1926 with a humiliating defeat for the labour movement as a whole.

Also see The Strike – and After, an editorial from the Hornsey Journal, 10 October 1919