In June 2005 readers of the HHS newsletter were presented with a puzzle – a postcard from 1906 written in code. Here is the solution presented in the following Newsletter, number 104, together with some members’ responses. 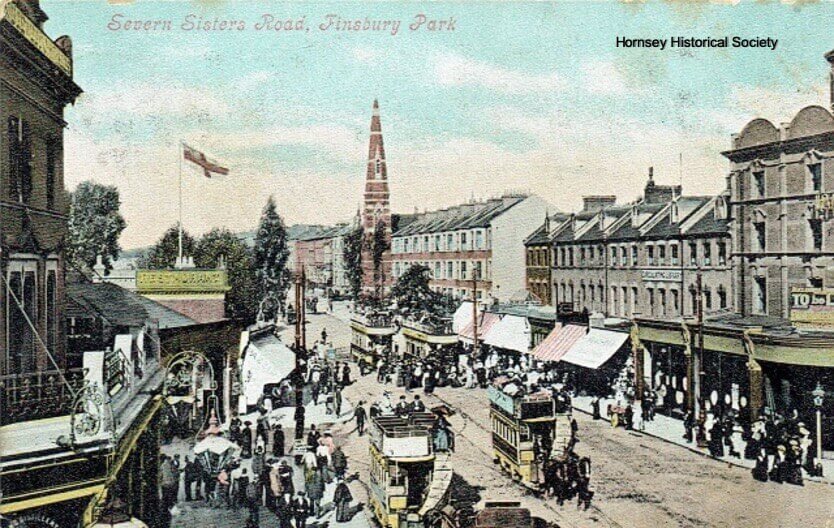 My own Dear Ada,

The last picture postcard for you at Welbeck Street. Thanks for mine, dear. Have got my money, dearest, all in gold. I feel rich just for a bit, dear. Have been down to see Cotton tonight, dear. He has got his foreman’s job, dear. Glad we are going to W on Sunday, dear. Will be as soon as I can tomorrow, dearest. Goodnight, dear one.

Much love & lots of kisses for my own dearest Ada
for your own Walt.

As many HHS members pointed out at the time, the code was fairly straightforward (1 = A, 2 = B and so on to Z = 26) and even “amateurish” as one member referred to it!  Other responses are included below.

The 27th July 1906 was apparently a Friday, but, if posted on Saturday, although post was quick in those days and perhaps arrived the same day, it was leaving it bit late.
Margaret Hudson

This message is hardly James Bond material and, on the face of it, pointless in code; but now to why it was (or might have been) done. Codes and reversed handwriting (to be held up to a mirror) were quite common on early postcards. In 1906 writing messages on postcards was still in its infancy, having been allowed only since 1903, and then not to every postal destination. Young men and women at that time ….may have been as worried about the postman reading what they were up to as we are today about our credit cards going missing.
Rachael Macdonald

I can only imagine that Walt and his beloved Ada were about to elope together, why else would he have have gone to such lengths to encrypt his message? I would love to know who the mysterious Cotton was and if the foreman’s job worked out for him in the end.
Tara Fraser