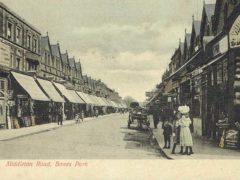 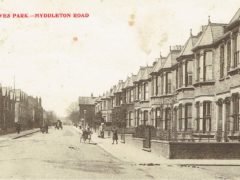 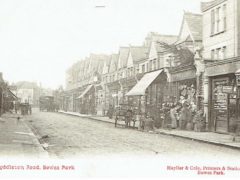 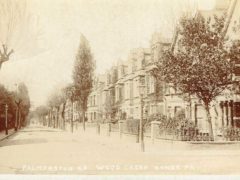 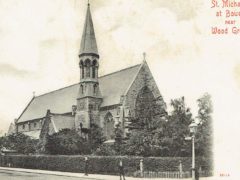 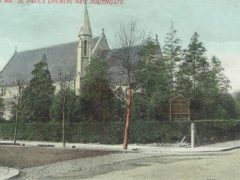 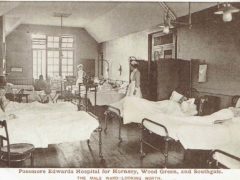 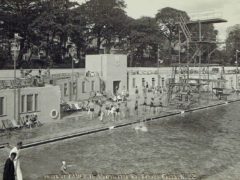 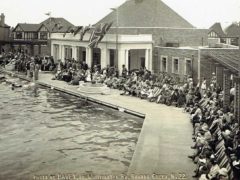 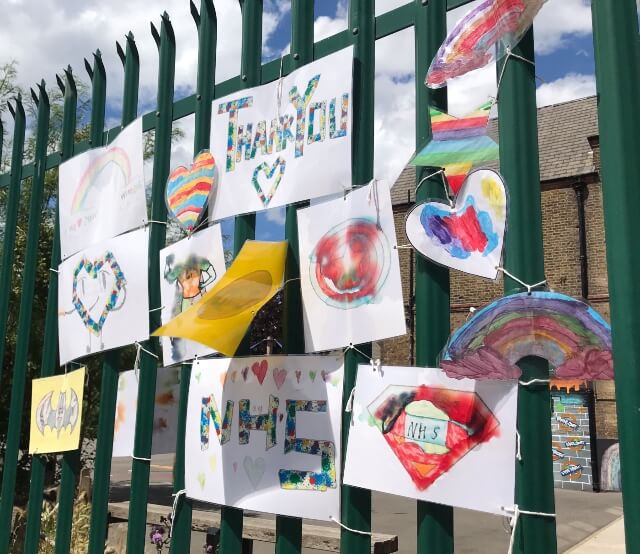 We are hoping to add to our Lockdown Gallery of images with a collection of people’s written accounts of their experiences during the Lockdown period. In this way we hope to have a written as well as a visual record of these months. END_OF_DOCUMENT_TOKEN_TO_BE_REPLACED

“Peace” at Wood Green was celebrated with a good deal of noise and jollity.  Commerce-road had its flags out very early, for whispers of the Sign-up had gone round about breakfast time, and they were only waiting for the official confirmation.

END_OF_DOCUMENT_TOKEN_TO_BE_REPLACED

Situated in Herbert Road N11, Shaftesbury Hall was registered in 1885 and became an Infants School in the early 1900s. It was still used by the Baptists in the late 1930s but closed in 1954. It is owned by the Samaritans and Hornsey Housing Trust who want to sell it and redevelop the site and put up a block of three one-bed flats. END_OF_DOCUMENT_TOKEN_TO_BE_REPLACED

An extract from an article in the Bowes Park Weekly News, 14th January 1905

An article from the Bowes Park Weekly News, 15 November 1919

The “great silence” on Tuesday came upon the district as a good deal of surprise.  The tram and busmen evidently had their instructions from headquarters, and their vehicles stopped automatically. END_OF_DOCUMENT_TOKEN_TO_BE_REPLACED