In a new format local historian Ken Gay uses some 150 views, most previously unpublished, to illustrate his account of Muswell Hill’s unfolding story. 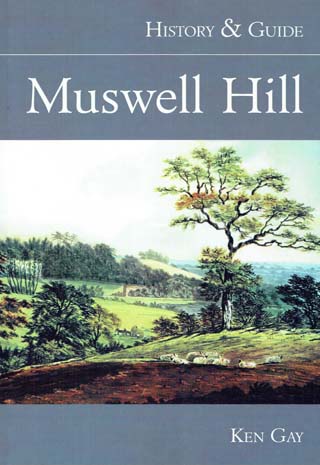 In addition to the main text, there is an appendix with a guided tour that introduces routes by which the suburb’s past and present can be explored.

The late Ken Gay was Chairman, President of Hornsey Historical Society and for 34 years he led the Publications Committee. He was very widely read, an authority on films and he researched and wrote extensively on Muswell Hill where he lived from 1954 to 2015. He was always on hand to guide other authors and could be relied upon to know the answer to questions about Hornsey