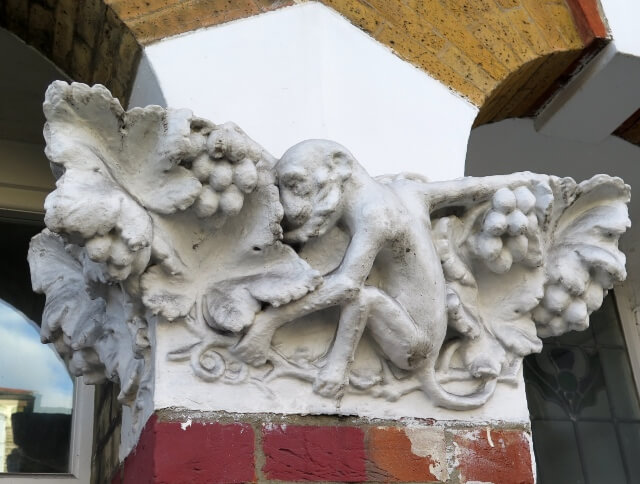 HHS member Andrew Whitehead is intrigued with a monkey which appears as external plasterwork on a house on Park Road in Crouch End dating from the early 1880s. Andrew was introduced to this remarkable architectural embellishment by another HHS member, David Winskill. The monkey seems to have a human face – with a beard and bald head. Could this be a lampoon of Charles Darwin, proponent of the theory of evolution, who was often depicted by his detractors as an ape?

Here’s the link to Andrew’s blog post which explores the issue and includes lots of images. Andrew tells us that he’s in touch with several leading academic experts on Darwin, and their (far from unanimous) verdict will be reflected in a chapter on this monkey business in his forthcoming book Curious Crouch End, to be published in 2021.