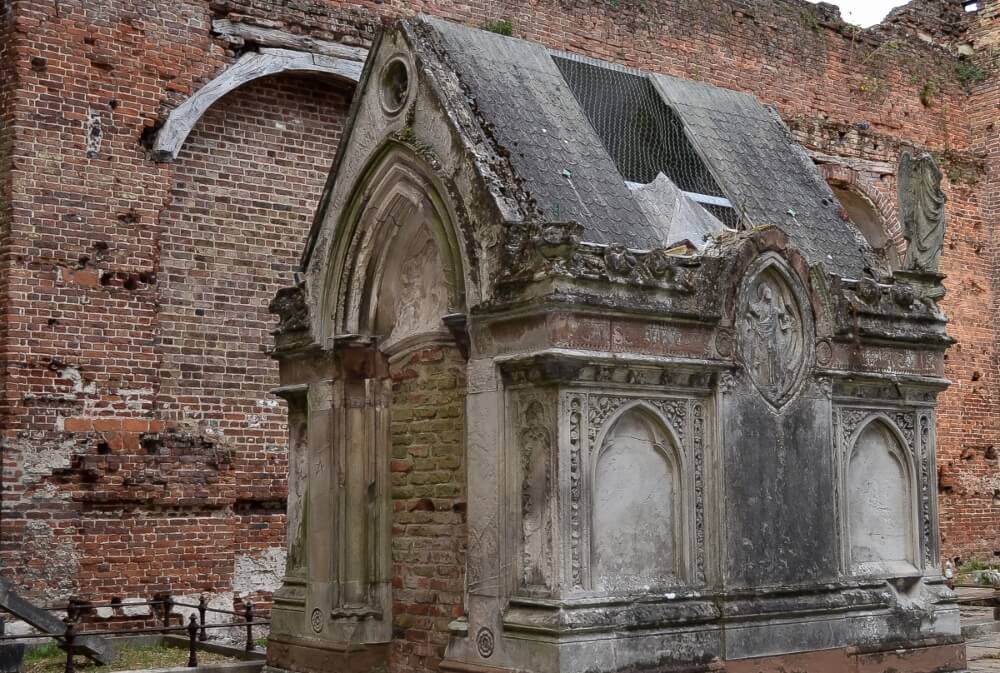 The Society’s May outing is to Old Stanmore Church in Stanmore, also known as St John’s or “The Brick Church”.

The church of St John the Evangelist, Great Stanmore. 1632, attributed to Nicholas Stone, was replaced by the ‘new’ church of 1843 and allowed to fall into ruin, but is still consecrated and occasionally used for services, presumably on dry days as it currently has no roof. Plans are in hand to restore the old building, but it is worth a look now.

Described as ‘a highly picturesque ruin, and of architectural importance as an example of Caroline classicism, showing the impact of Inigo Jones – churches of this period are relatively few. You can read much more about it in Pevsner, but the best thing is to come on the visit arranged for our Society and guests and see it for yourself.

While in Old Stanmore you might like to walk along Stanmore Hill and view the many locally-listed buildings there. I have a list for anyone interested, and a map will be sent out to those who book.

Getting to the church is via Stanmore Station then a 15-minute walk or one of the several buses which pass nearby.

This visit is free, but do please ensure you give a donation to protect this gem. Bookings by email hornseyhistoricalevents@gmail.com or by phone/text to 07757 414363.