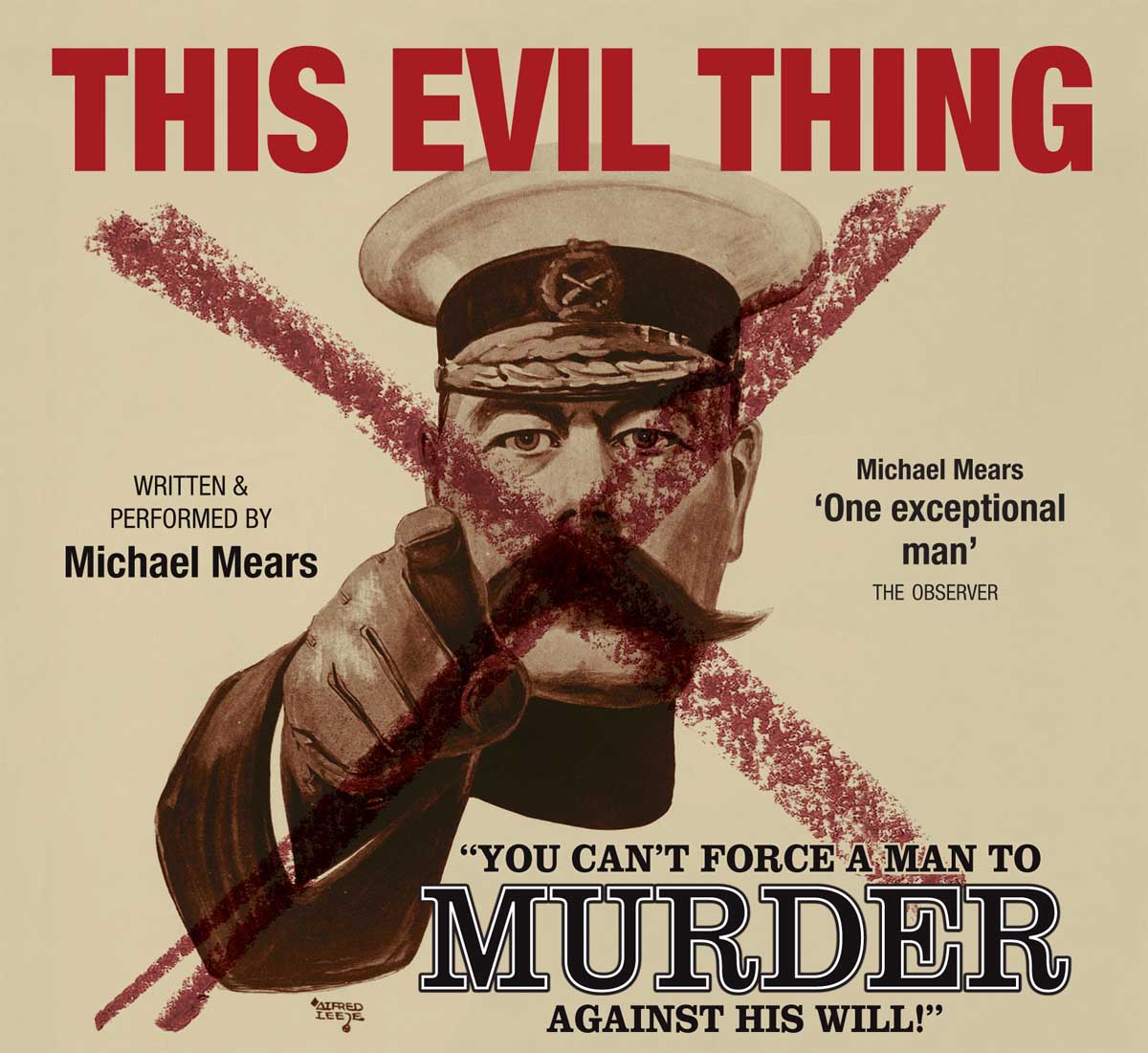 Michael Mears has agreed to once again stage his one-man play This Evil Thing.

In a widely admired performance, Michael tells the story of the men who said no to war, giving life to characters ranging from Bertrand Russell to Annie, the girlfriend of Bert Brocklesby, one of the ‘absolutist’ conscientious objectors (COs) imprisoned in Richmond Castle in 1916.