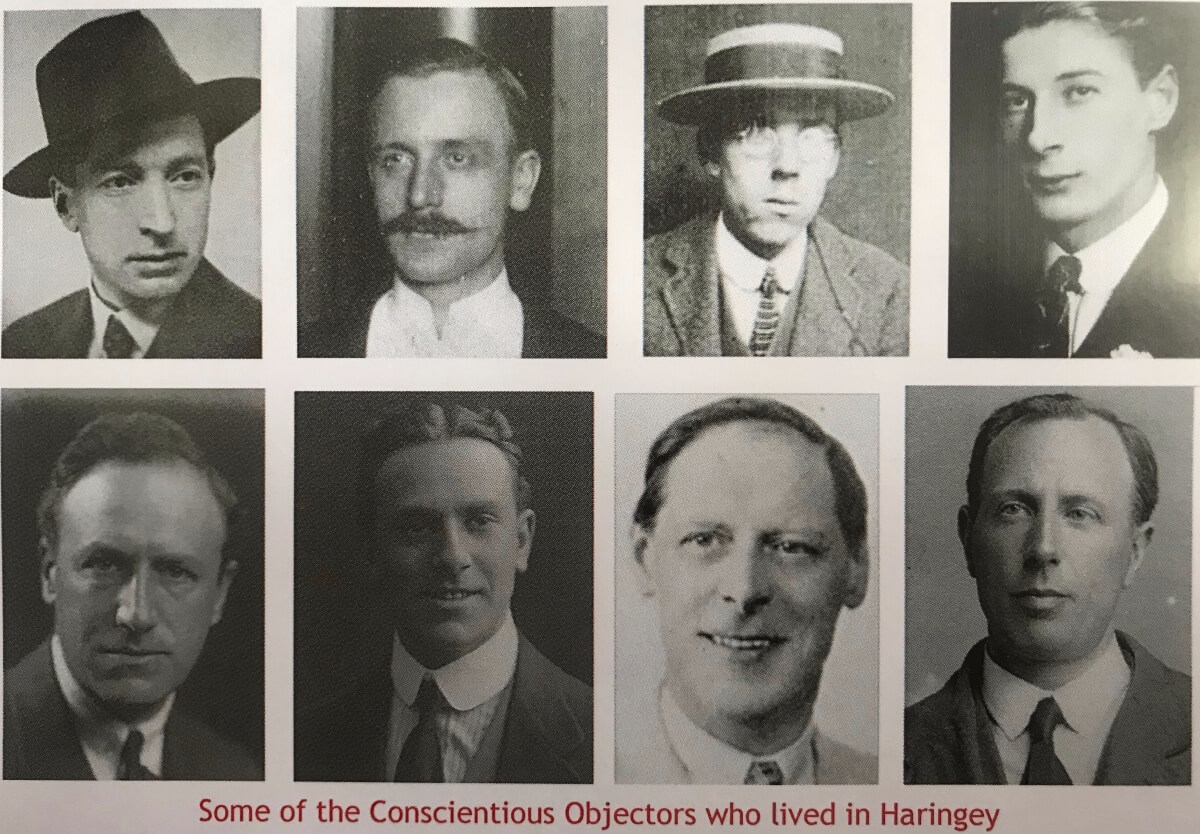 Wednesday 15th May is International Conscientious Objectors’ Day. At 6pm a plaque in honour of Haringey’s 350 COs will be unveiled outside The Salisbury Hotel, Green Lanes N4 1JX, the venue for anti-war meetings during World War One. Everyone welcome.

Since 2014 Haringey First World War Peace Forum has been researching the lives of men who resisted conscription during the First World War in what is now the London Borough of Haringey.

Our aim is to share the fascinating and hidden stories of a part of London which saw the highest proportion of conscientious objectors in Britain between 1916 and 1918. The individual stories of these men can be seen on the conscientiousobjectionremembered website.