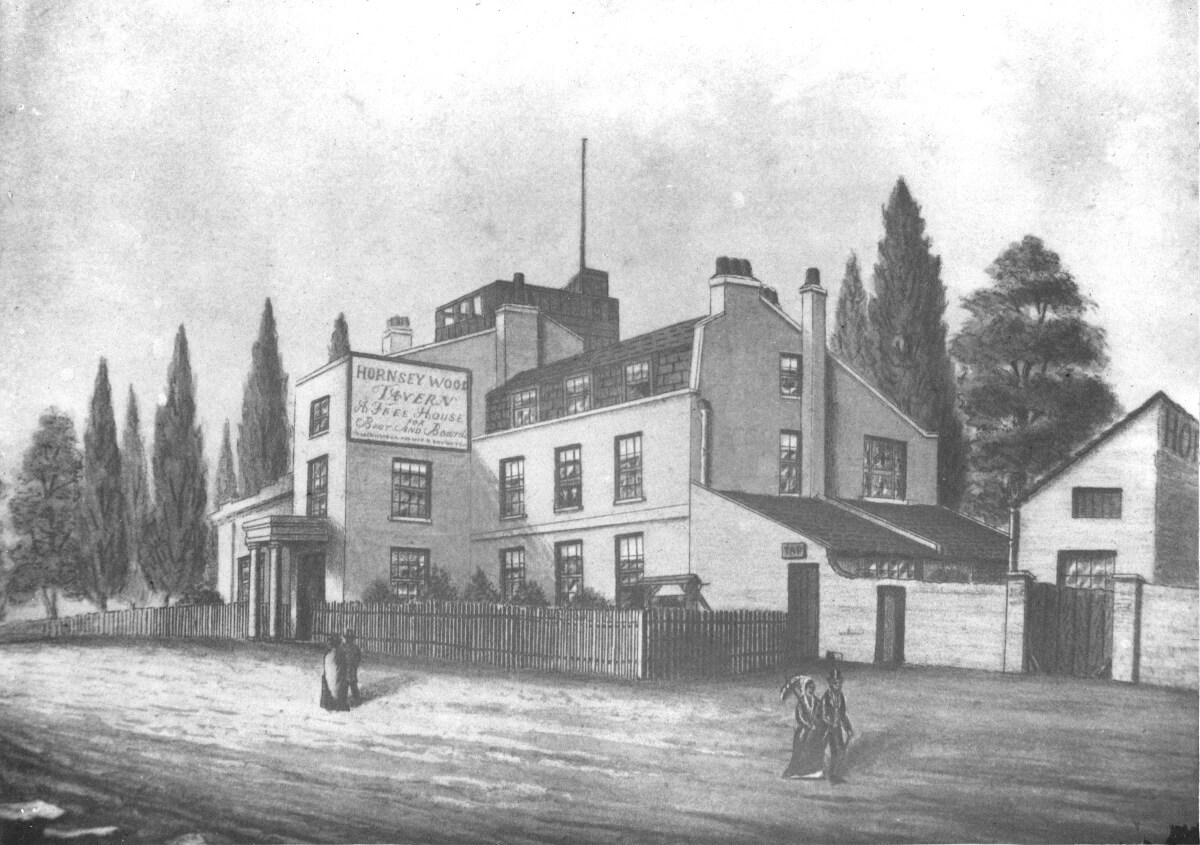 John Hinshelwood’s talk on Hornsey Wood House has been postponed until later in the year.  We will post details of our April talk as soon as we can.

As you walk up the perimeter road in Finsbury Park from the Seven Sisters Gate to the Hornsey Gate you pass close to the site of the old Hornsey Wood Tavern, pulled down in 1866 to make way for the park which opened in 1869.

The history of Hornsey Wood and its house, tea and pleasure gardens and the latter-day tavern go back as far as the sixteenth century. This talk will take you back through time in a number of steps to the 17th century when Ferdinando Hipsley of Copt Hall, on the Manor of Brownswood, in Hornsey, was living in there. It will then explore the development of the house form its humble beginnings as a manor house, through its life as a fashionable tea house eventually becoming a sporting venue and Tavern for Londoners before the opening of Finsbury Park.

John Hinshelwood is a longstanding member of the HHS and was the society’s Curator and Archivist from 1998-2005.  He gained an MA in Metropolitan and Regional History in 2007 and has specialised in industrial archaeology and public works.  A frequent contributor to the Bulletin, John has written numerous books and runs the monthly local history surgery.

Image of Hornsey Wood Tavern from a drawing, 1863, HHS/NMPS Collection