Alexandra Palace – Home to 17,000 Germans during the First World War 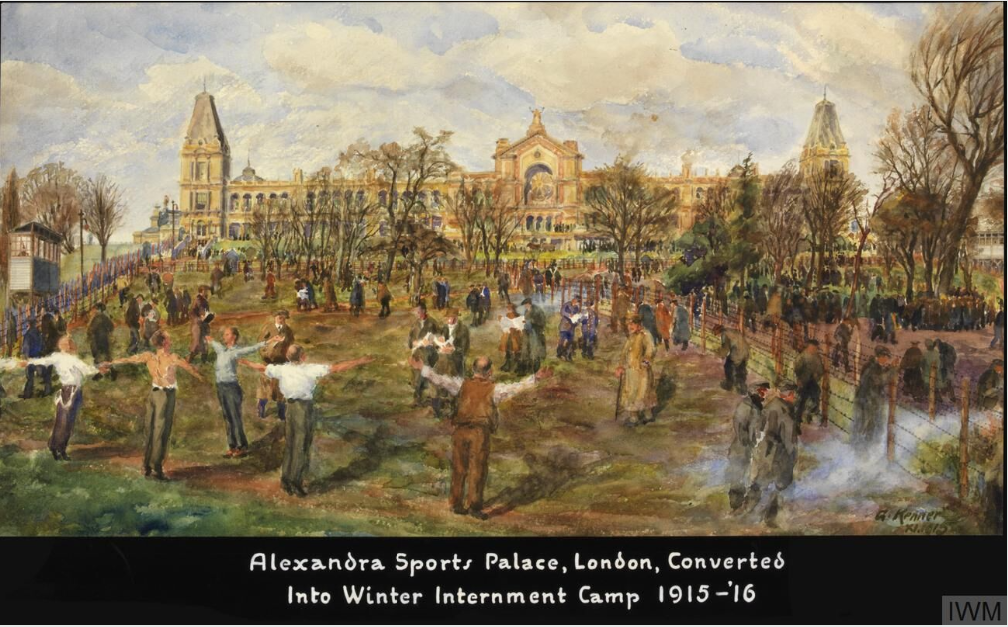 Hornsey Pensioners’ Action Group is hosting a talk in July on the Internment of German civilians at Alexandra Palace during the First World War.  The talk, given by Dr Jennifer Taylor is based on material from Anglo-German Family History Society Publications and other sources, and describes the detention of German and Austrian civilians in Alexandra Palace during WWI. After a short history of the Palace and a brief consideration of the difference in the policy of civilian internment during both world wars, the talk describes the conditions under which WWI internees were held;  their daily routines, work and educational opportunities and their leisure activities. Finally, some consideration is given to release and repatriation. For further details email Ann Anderson  or Janet Shapiro.